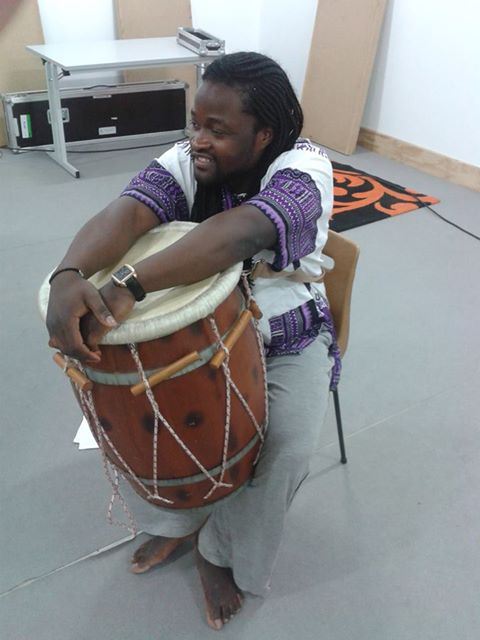 Performance at the MimiFestival on the Island of Frioul, Marseille (France) – More information here

Operatic countertenor Serge Kakudji was born in Kolwezi in the Democratic Republic of Congo. He received several awards, including, in 2001, that of the best voice in the competition organized by the Alliance Franco-Congolese. In February 2007, he was awarded the prize for the best voice in the first edition of the Festival Nzenze Ngoma ya Kwetu. In April 2008 he won first prize at the National Competition “Prix Jacques Dome” in Belgium. Since 2006, Serge Kakudji collaborated with Faustin Linyekula, Alain Platel, Les Ballets C de la B, Fabrizio Cassol and Aka Moon in the show “Pitié” to music of the “St. Matthew Passion” by JS Bach. He has also appeared at the Royal Opera of Versailles, the Open-Air Berlin Festival Classic, and the Teatro Real in Madrid, Spain.

Creation initiated by Serge Kakudji in September 2012 in Lubumbashi, it will be reworked with classical musicians (composition, lyrical singing in Swahili and traditional dance) in rehearsal hall at Wasteland La Belle May. “Muindaji Opera” is a typical African story, cast in both a form of expression purely western, opera, and contemporary phrase from urban areas, traditional Congolese dance. The show gives a response pathway of Africans who sold off their land to live abroad and who, out of money, are left with nothing. But this opera the hosts a fabulous aria “Neither Kwetu” which means “it is still my home, Africa.”